A lot has changed since David Reynard, of Madeira Beach, filed the first lawsuit in 1992 claiming cell phones cause brain cancer. Now over 20 years later there are a growing number of prominent doctors and scientists that are raising warning flags over phone radiation. And your kids could be facing a greater risk from RF exposure.   ​

Reynard alleged his wife’s fatal brain tumor was caused by her cell phone. Publicity about the Reynard case caused the Cellular Telecommunications Industry Association (CTIA) to pledge $25 million for research to allay the public’s fears. However, this industry funded research backfired on the wireless industry when its lead researcher Dr. George Carlo came forward with claims that his industry funded research pointed to increased cancer among other health risk.

As Dr. Carlo states in his 2002 book entitled “Cell Phones: Invisible Hazards in the Wireless Age: An Insider’s Alarming Discoveries about Cancer and Genetic Damage”:

“The big picture is disturbingly clear. There is a definite risk that the radiation plume that emanates from a cell phone antenna can cause cancer and other health problems.  It is a risk that must be seen and understood by all who use cell phones so they can take all the appropriate and available steps to protect themselves and especially to protect young children whose skulls are still growing and who are the most vulnerable to the risks of radiation .”

Cell Phone Cancer Lawsuits: The Past Versus the Present

Earlier this month (Nov 2015), Dr. Gisela Mercada-Deane, chair of radiology at the American Academy of Pediatrics​, made the announcement that the current FCC test do not take children into account. Their skulls are thinner and can absorb more radiation, he said.

In a letter to the FCC, the American Academy of Pediatrics asked that the guidelines, last updated in 1996, be revised to account for cell phone users today, particularly children.

And just two months ago, September, 2015 U.S. District Judge Edward Chen upheld a new Berkeley ordinance that requires cellphone retailers to warn customers about keeping their cellphones too close to their bodies.  The weight of scientific data reviewed by the Judge was enough for a very reasonable doubt about the safety of cell phones. “There is a reasonable scientific basis to believe that (radio-frequency) radiation at some levels can and do present health risks,” — U.S. District Judge Chen.

More than two decades have passed since Reynard’s first cell phone cancer lawsuit.  Global cellular phone subscription have soared from 12 million during the first trial to more than 6 billion cell phone users today.    In a twist of fate, Reynard’s home town of Madeira Beach,  FL is also the Headquarters of RF Safe Corporation, the world’s largest manufacturer and distributor of accessories for cell phone radiation safety.

In 2015, RF Safe opened its 2nd Smartphone Radiation Safety retail store in Florida, and expects to expand into several more states and countries in 2016. 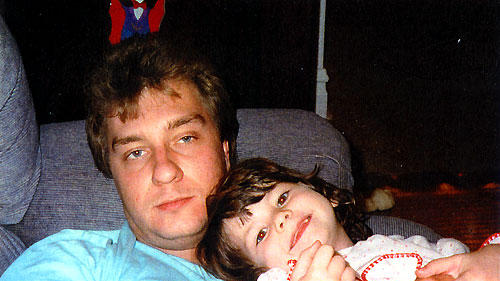 On 11/23/2015 the WSJ reported that Jeffrey Morganroth, the lawyer representing the Murrays, has brought several other cases against Motorola and other defendants. A total of 13 cases have been consolidated into the Murray case, and the plaintiffs are seeking more than $1.9 billion in damages combined.

This year Verizon informed shareholders in filings with the Securities and Exchange Commission that wireless carriers specifically acknowledge the risk posed by cell phone cancer lawsuits. “We may incur significant expenses in defending these lawsuits,” Verizon wrote in its 2015 annual filing. “In addition, we may be required to pay significant awards or settlements.”

Morganroth’s lead plaintiff, Michael Murray, got his first cell phone, an early Motorola flip phone model, at age 23.  Murray was a heavy, daily user until severe headaches, vision problems and other symptoms caused him to consult a doctor. In November 1999, Michael Murray was diagnosed with brain cancer and died April 20, 2003, at age 35.

Murray worked as a communications technician, testing wireless phones for Motorola at its Libertyville, Ill., facility, before his illness. There is a very big difference between a tech working on new wireless equipment design and the end user of a consumer product–  untested RF power levels, untested shielding, levels of exposure all different.

Once alerted to the health risk from excessive RF radiation exposure, Murray and his wife Patricia filed a lawsuit, naming Motorola and others as defendants, alleging the tumor in his left temporal lobe was caused by exposure to radio frequency (RF) radiation emitted by cell phones he used.

The wireless industry has only one hope to maintain a legal precedent for their twisted and deceptive views regarding the safety of wireless consumer devices — Frye vs Daubert!

In December 2014, the D.C. Court of Appeals accepted a review of Murray v. Motorola, Inc. et al, No. 14*DA-18 (D.C. Dec. 10, 2014). The underlying issue in Murray is whether wireless phones can cause two types of brain tumors, gliomas and acoustic neuroma.  The court will be deciding whether the District of Columbia will remain with the minority of state courts, including neighboring Maryland, applying Frye as the standard for admitting medical experts; or whether it will join the federal courts and majority of state courts applying Daubert.

The Difference Between Frye and Daubert

Judge Weisberg of the Superior Court for the District of Columbia, ruled in Murray that five of the plaintiffs’ eight experts would be permitted to testify that it is very likely that cell phones could cause brain tumors. According to Judge Weisberg, the opinions offered by the plaintiffs’ experts, while admissible under the Frye standard, “would almost certainly be excluded under Daubert”

The big difference between Daubert and Frye is who should define what is considered “bad” or “good” science.  Under Daubert, a judge plays a prominent role and is considered the “gatekeeper,” ensuring the jury hears and bases its decision upon only scientifically reliable evidence. Under Frye, however, the keystone analysis decides whether the methodology is “generally accepted” in the expert’s particular field. The Frye standard also follows a common sense notion that an expert in a scientific field should decide when a scientific methodology applied is generally accepted, rather than being defined by a Judge without necessary scientific knowledge.

Frye’s target on generally accepted methodology works well for deductive science but comes up short when applied to inductive sciences like epidemiology. In toxic tort cases today, epidemiological studies are pervasive as they are considered the “best evidence of general causation.”

No matter how much influence the industry has on government officials, corrupt scientist and regulatory agencies like the FCC, CDC and FDA — however the Murray lawsuit turns out:

It is fair to say that we are no longer talking about mere precaution of uncertain risk, but about prevention of highly probable and known risks. Based on the accumulating evidence — the Benevento Statement, BioInitative Report, London Report — all show proof the health effects pertain to ROS- Reactive Oxygen Species, cellular changes, effects on DNA, fertility, and neurobehavioral effects– e.g. deficits in memory, mood changes, fatigue, headache, as well as electro hypersensitivity and cancer.

It is now fairly certain that there will be widespread adverse public health impacts. What remains uncertain is how many will be affected…

HOW HAS THE INDUSTRY KEPT THIS DECEPTION OF SAFETY GOING SO LONG?

It started back in the mid 1990’s  when Jerry Phillips came forward explaining how he was hired by Motorola to study the effects of the RF Radiation emitted by cell phones.  The relationship between himself and Motorola was great in the initial stages, but started to turn sour as soon as Phillips submitted the research data to Motorola.  The negative results were not to Motorola’s liking at all, and they started to discuss what spin they could put on it, before progressing to tactics such as telling him what to do, how to write, what to say, and finally how to do the work.