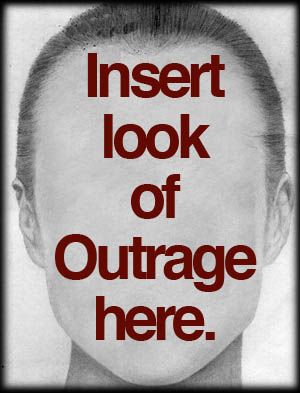 Conflict Of Interest || People Before Profits

The American people need to pay attention to blatant violations of ethics and corruption in government. Now, some are back stepping at the U.S. Centers for Disease Control and Prevention (CDC) and an internal feud is building.  This isn’t just about an edit on the CDC’s website, it gets much deeper than that.  Absolute despotism threatens Life, Liberty and the Pursuit of Happiness for every American.

At the center of the looming conflict, Barack Obama for being the recipient of obscene sums of legal bribes for their reelection by special interests and lobbyists supporting the wireless industry.  (See FCC Chairman Tom Wheeler Confronted Over Cell Phone Radiation In Silicon Valley) This has put the world’s largest corporations that profit from wireless technologies essentially in a position of self regulation, along with a very strong influence on every facet of government – including the CDC.

The U.S. Centers for Disease Control and Prevention (CDC) in Atlanta, Georgia, issues public health warnings so that people can learn gently from wisdom, rather than having to learn our lessons from the harsher and potentially deadly consequences which arise from our ignorance.

It’s said that Thomas Jefferson, the third President of the United States and one of America’s Founding Fathers whom authored the Declaration of Independence – uttered these wise words.

“If we are to guard against ignorance and remain free, it is the responsibility of every American to be informed.” – Thomas Jefferson

Ignorance always brings consequences, and when that ignorance is caused by corporations relying primarily on covert means for expanding their sphere of corporate influence – core American principles are lost!

The CDC is no small part of government with a 12 billion dollar budget last year.  That pays for a workforce of 15,000 people, of which 85%  are college educated and when it comes to employment of world-class scientists and doctors, the CDC is at the top of the list.

AUDIO – CDC backpedals, spokesperson claims it was a mistake to urge cell phone precaution, says “the only certainty about all of this is that the truth has not yet been revealed”

The warning about cell phone radiation that was posted on the CDC’s website over the last two months is a result of research done by the world’s best in their respective fields.  One of them is Dr. Chris Portier, a former director of NCEH,  he made the CDC proposal to follow advise of the IARC panel that classified RF radiation from cell phones as a possible human carcinogen in May 2011.

Dr. Chris Portier was also an IARC panel member in a working group of 31 scientists from 14 countries constituted by World Health Organization (WHO) that classified cellphone radiation as possibly carcinogenic because brain cancer could not be ruled out.

CDC had asserted that “Along with many organizations worldwide, we recommend caution in cell phone use.” As the lead Federal health action agency, CDC provides tips to the public on how to “reduce radio frequency radiation near your body.”

The new advice on the CDC’s Web site was formulated by Dr. Chris Portier as director the National Center for Environmental Health (NCEH), an arm of the CDC whose mission is to “plan, direct, and coordinate a national program to maintain and improve the health of the American people.”

Do cell phones cause health problems in children?

June 9: “It’s too soon to know for sure. Children who use cell phones – and continue to use them as they get older – are likely to be around RF for many years. If RF does cause health problems, kids who use cell phones may have a higher chance of developing these problems in the future.”

August 20: “At this time we do not have the science to link health problems to cell phone use. Scientific studies are underway to determine whether cell phone use may cause health effects. It is also important to consider the benefits of cell phones. Their use can be valuable in an urgent or emergency situation – and even save lives.”

The American people must recognize that this revised statement, in-light of negative press for the wireless industry, is back stepping of the worst kind! Endangering children’s lives for the sake of protecting corporate profits.

The CDC not only has the science that cell phones are linked to health problems, but one of the scientists that helped the World Heath Organization come to the conclusion that cell phone radiation exposure is a possible human carcinogen, was one of the CDC’s own scientist – Dr. Chris Portier.

So just how does a CDC public health warning go from “kids who use cell phones may have a higher chance of developing these problems in the future”  to “It is also important to consider the benefits of cell phones” and “even save lives”?

I hope you’ve come to the most obvious conclusion — that powerful industry groups are in control of many U.S government regulatory agencies, and they have a vested interest to keep the public ignorant to information that will hurt profits for the largest corporations on earth.

Published online July 15, 2014 in the Journal of Microscopy and Ultrastructure – the Environmental Health Trust reported that potential harm from cell phone radiation given off by wireless devices is particularly bad for children and unborn babies.

It’s important to understand your children’s exposure is much greater than yours. By the time they are adults, many of them will already have used cell phones for 20 years.  Studies have shown that usage over ten-years greatly increases brain cancer risk…we have no idea what the ramifications of cell phone radiation exposure is when children are practically exposed to dangerous levels from birth.

The recent CDC changes also caught attention of Microwave News which since 1981 has been printing news on the health and environmental impacts of electromagnetic fields (EMFs) and other types of non-ionizing radiation, with special emphasis on cell phones and power lines.

Microwave News reported “This seems to be a touchy question. We asked the CDC office of public affairs and though we were promised a reply by deadline none came. Others we contacted appeared to be caught off guard by the new precautionary language. No one wanted to offer an opinion for attribution. The FCC specifically declined to comment in response to our query.”