A Royal Decree is showing the world that America is lagging far behind with respect to establishing proper safety regulations to protect its population (especially young children) from a greedy monolithic wireless industry.

Click here to see just how bad America has lost the checks and balances between the government agencies design to protect the public and the corporations driven to put profits before the safety of consumers.

As proactive as that seems, other countries like Belgium have made regulations prohibiting the advertising and sale of phones manufactured for young children (under 7).   SAR values will have to be listed everywhere where mobile phones are sold: in stores as well as for distance sales over the Internet

Selling mobile phones for children is now prohibited by law!

As of 1 March 2014, mobile phones that are specially designed for young children may no longer be introduced to the Belgian market. 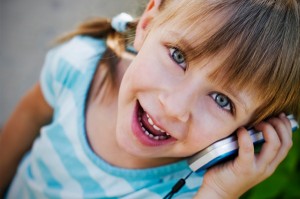 This mainly concerns customized wireless phones suitable for children younger than 7 years of age, for instance having few buttons and a shape attractive for children.

Additionally, from this date forward, no advertising may be made for mobile phone use among the same age group.

This video shows how even the lowest SAR Samsung cell phones can be made even safer by using RF Safe accessories.

The SAR value (amount of radiation absorbed into users body)  is different for every mobile phone. The SAR value will have to be indicated along with the other technical specifications, not only in the shop, but also for sales over the Internet.

Why Did Belgium Ban Young Children From Buying Cell Phones?

As a precaution. According to the International Agency for Research on Cancer (IARC, 2011) there may be an increased risk of brain cancer due to the intensive use of a mobile phone. The IARC has therefore classified radio frequency as “possibly carcinogenic”. Measures are being taken pending clearer scientific conclusions. The intention is to raise awareness among mobile phone users.

You can reduce your average exposure by choosing a mobile phone with a lower SAR value. But it is not the intention to use it for hours at a time: the way in which you use your mobile phone also determines your exposure. Using an RF Safe air tube earpiece, RF Safe phone case when carried in pocket, text messaging, speakerphone option and not phoning in places with poor reception are a few tips that can significantly reduce your exposure. You can find information on the best accessories to reduce radiation exposure in SCP System “Safe Cell Phone Packages”.

Children come into contact with cell phones from a very young age. The overall exposure during their lifetime will thus be greater than that of today’s adults.

Moreover, children absorb more mobile phone radiation than adults (twice as much in the brain and 10 times more for skull bone marrow).

This is already a reason for additional caution, given the classification of radio frequency as “possible carcinogenic” by the International Agency for Research on Cancer (IARC).