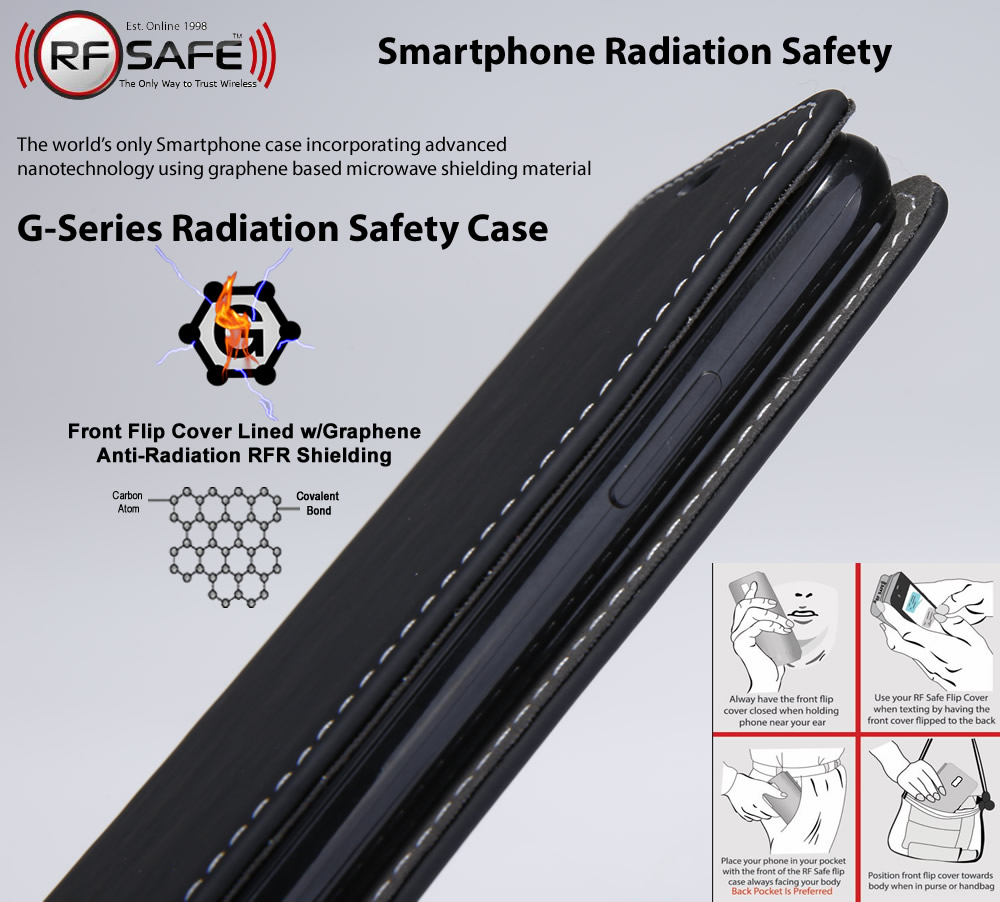 Touted as ‘the wonder material of the 21st Century’ by the researchers who were awarded the 2010 Nobel Prize in physics for their graphene research, this carbon-based lightweight material is 200 times stronger than steel and 100 times more conductive than gold, making it one of the most promising and versatile RF shielding materials ever discovered. 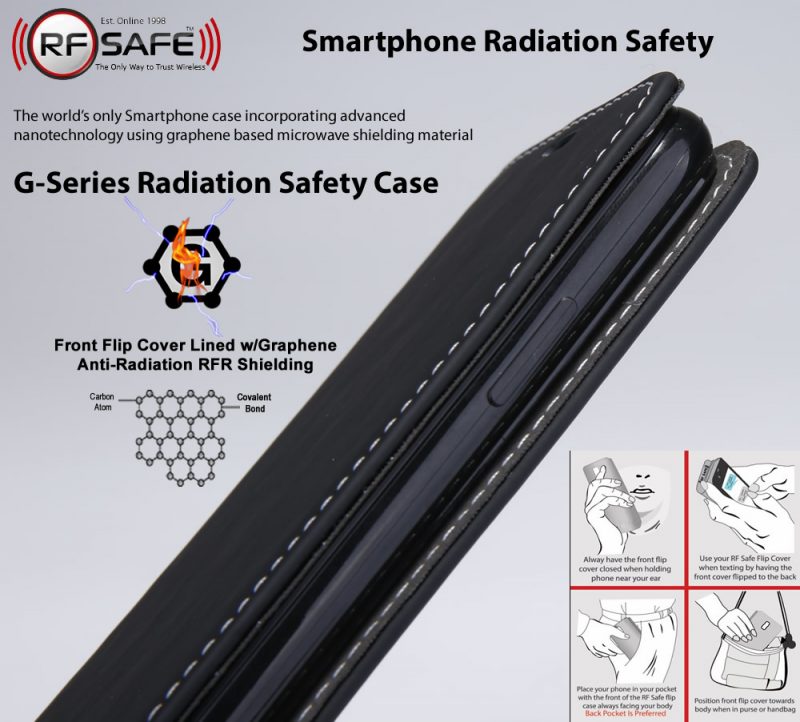 RF Safe’s Nano-materials Graphene Manufacturing Division will provide methods and structures for substantially improving RFR/EMI shielding of wireless electronic devices, wherein the shielding structure is ultra light, even transparent, can be provided and incorporated into any devices at relatively low cost while adding almost no weight to the device, with exceptional conductivity, strength and corrosion resistance properties.

The reason behind RF Safe developing new innovative graphene RFR shielding technologies is a simple one.  5G cellular technology will employ much higher frequency microwaves than current cell phone technologies: 2G, 3G, and 4G. These microwaves, known as millimeter waves, won’t penetrate building materials like the current technology which is why the industry will need a greater number of micro cell antenna base station located in close proximity to homes.

Moskowitz, Ph.D. deems precaution is warranted before unleashing 5G technology on the world. He suspects most of the 221 scientists who signed the International EMF Scientist Appeal, would support his assertion.

Most scientist can agree more research is also needed as specific characteristics of the millimeter waves (e.g., pulsing, modulation) to be employed in 5G cellular technology may be more important than the frequency or intensity of the waves in terms of biologic and health effects.  The research funding must be independent of industry as conflicts of interest have been found to undermine “War-Game” the science in this field.

Accordingly, a nano-scale graphene electromagnetic wave blocking plate can be attached to the inner surface of the cover of an electronic device, aftermarket phone case or phone screen shield accessory that will prevent outward discharge of electromagnetic waves in the direction excessive RFR/EMI exposure isn’t wanted.

For example, in the case of a smartphone or laptop computer, a special Graphene based paint can be used to shield electromagnetic waves when applied to an inner surface of an outwardly exposed front cover or rear cover, or a graphene electromagnetic wave blocking plate is attached to the front cover or rear cover depending on wireless application.

Structurally, graphene has hybrid orbitals formed by sp2 hybridization. In the sp2 hybridization, the 2s orbital and two of the three 2p orbitals mix to form three sp2 orbitals. The one remaining p-orbital forms a pi-bond between the carbon atoms. Similar to the structure of benzene, the structure of graphene has a conjugated ring of the p-orbitals which exhibits a stabilization that is stronger than would be expected by the stabilization of conjugation alone, i.e., the graphene structure is aromatic.

Unlike other allotropes of carbon such as diamond, amorphous carbon, carbon nanofoam, or fullerenes, graphene is not an allotrope of carbon since the thickness of graphene is one atomic carbon layer i.e., a sheet of graphene does not form a three dimensional crystal.

Graphene has an unusual band structure in which conical electron and hole pockets meet only at the K-points of the Brillouin zone in momentum space. The energy of the charge carriers, i.e., electrons or holes, has a linear dependence on the momentum of the carriers.

As a consequence, the carriers behave as relativistic Dirac-Fermions having an effective mass of zero and moving at the effective speed of light.  Their relativistic quantum mechanical behavior is governed by Dirac’s equation.

By doping the graphene sheets, higher carrier absorption can be obtained as well has higher transparency in the near infrared and visible wavelength ranges due to Pauili blocking.

Moreover, because graphene is a one atom thick monolayer sheet formed of carbon atoms packed in a honeycomb crystalline lattice, wherein each carbon atom is bonded to three adjacent carbon atoms via sp2 bonding, the overall thickness required to provide >40 decibel (dB) shielding effectiveness, for example, is on the order of a few nanometers.

Still further, shielding effectiveness is increased by doping the graphene sheets.  As such, the use of doped graphene sheet(s) provides minimal added weight to the object to be shielded, has broadband capabilities, and provides greater versatility as a function of its doping.

Moreover, graphene is generally recognized for its high mechanical strength and high stability. In contrast, prior electromagnetic shield materials require an increased thickness to increase shielding effectiveness.  In the present disclosure, increasing the level of doping for a given thickness of stacked graphite sheets provides increased shield effectiveness.

Rf Safe is among a large number of small players that have become a force to reckon with in this industry. The market is witnessing large scale collaborations and partnerships across the value chain with a number of tier-one universities and research organizations participating from around the globe taking on the next steps and challenges in commercializing graphene-based RFR/EMI shielding technologies.

Little research is available on long-term exposure to millimeter waves (see below). Most of the studies referred to in this review paper did not modulate or pulse the carrier waves which will be required for information-carrying millimeter waves employed in 5G technologies. Prior research suggests that such waves will be more biologically active than pure sine waves.

For an unbiased summary of the partial findings of the National Toxicology Program study of cancer risk from 2G cell phone radiation, see http://www.saferemr.com/2016/05/national-toxicology-progam-finds-cell.html.