So, Pong wants to play a game. Well I accept the challenge their legal counsel brings to the Pong table. But, be warned Pong, as any good sport should know. It doesn’t matter how much money you have, you are well-financed, that’s clear – your advantage stops there!

It will take more than money to defeat my will and determination to provide consumer’s the truth about your products and the misconstrued facts behind using SAR levels to evaluate one’s personal safety.

With regards to the “Don’t get played by pong” video you want taken down so bad…. We’ll, last I checked, my freedom of speech is still a constitutional right! I come from a family who’s lineage has fought for this right through-out history. A right I intend to exercise showing the world the truth about the pong case.  And not just tell them, but show them with their own eyes using the only method of testing that is registered and approved (Granted Patent) by the United Stated Patent Office for testing the effectiveness of a radiation shielding product for cellular phones which is completely self-powered.

The Pong case fails miserably using this proven way to test radiation protection.  The point here is it doesn’t take a million dollar thermally based piece of simulation equipment and software to test a cell phone radiation shielding product as Pong leads consumers to believe. That will be the first thing I prove in court. See Patent US 6492957 B2 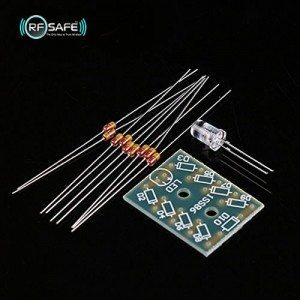 The fact here is that no amount of money will erase this granted patent. This patent proves you can test a cell phone radiation shielding product for a few dollars and it is within the reach of any consumer.  It is misconstruing the facts making consumers believe SAR testing provides them any degree of safety what so ever as biological effects have been demonstrated at far below typical thermal levels.

Otherwise known as athermic exposure levels. Pong’s testing simply cannot address this athermic level of microwave radiation, where in the RF Safe vs Pong video, athermic levels are measured using methodologies outlined in US Patent 6492957 B2.

The pong case has adopted to use a deceptive measure for testing a cell phone shielding product and this inadvertently puts consumers at risk. SAR test have been under great scrutiny for a long time, and I can assure you I am not lacking evidence behind the shortcomings of SAR standards for protecting consumers from wireless radiation.

No matter what the outcome of this battle, I’m willing to go all the way! The people will get the hear and see the truth as part of a court documented record.

Either way, consumers and even RF Safe wins this war no-matter what the outcome! As awareness, and educating the public is priority number one for RF Safe.  Now, let’s play Pong shall we!