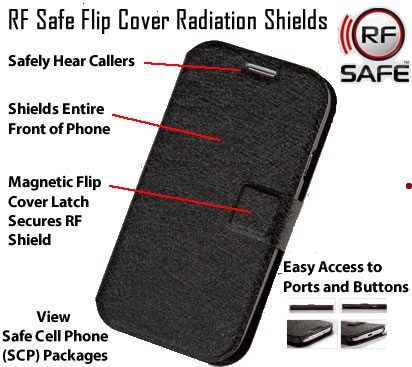 The fact that Apple is not pioneering better radiation management technology to lower the SAR level output on iPhone hardware, tells us their desire to retain huge profit margins — point to Apple using low-quality RF shielding and outdated antenna designs to cut cost when mass producing these devices.  Otherwise Vortis Technology would already be inside of Apple’s Smartphones.

As a result of complacency, Apple has fallen very far behind the competition in a race to build the lowest radiation cell phones, where Samsung is excelling past Apple as the undisputed leader in this regard.

Better radio frequency radiation management is just healthier for people as a whole.  Ideally, you would want it to be as far below the arbitrary federal limitation as possible.

Many other countries have adopted much stricter SAR guidelines; but in the USA the legal limit is an SAR value of 1.6 watts per kilogram (W/kg), averaged over one gram of tissue.

The acronym SAR stands for Specific Absorption Rate and relates to the thermal absorption of microwave radiation emitted from wireless electronic devices operating in close proximity to the body.

Did you know SAR levels for the iPhone 6 Plus are merely .01 below the legal 1.6 W/kg limit? This barely legal device’s manual states not to keep an iPhone 6 Plus closer than 5 mm to your body.

Apple’s lack of a “green” philosophy towards very high iPhone radiation exposure may prove to be Apple’s iOriginal Sin which completely misrepresents their values on health and the environment as cutting edge on either.

It is interesting that so-called safe values of cell phone radiation first appeared in 1996 and haven’t changed in the slightest bit. Back then it was assumed that you would not carry the phone close to your body, and you’d use belt hostlers provided by the phones manufacturers.  See iphone 6s plus radiation case tested with RF meter here https://www.youtube.com/watch?v=YUKm_PJlAgo 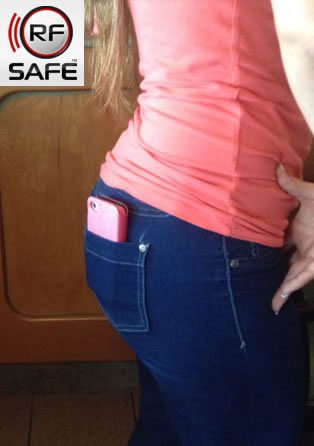 Cell phones in 1996 might not have fit in your pocket, but even today smartphones are not tested for simulated safe use in a pocket.  In fact, August 2014 Scientific Experts on Cellphone Radiation Demand Stronger FCC Safety Regulations

“The Interphone, Hardell and the recently concluded CERENAT studies in France have all pointed towards a common risk to increased brain cancer,” said Leszczynski, adjunct professor, biochemistry, University of Helsinki. Leszczynski is one of the members of the expert committee constituted by World Health Organization’s International Agency for Research on Cancer (IARC). WHO has classified electromagnetic frequency radiation emitted by cellphone, cell towers and wi-fi as category 2(B) or possibly carcinogenic.

WORRIED ABOUT RADIATION? Put a shielded flip cover on it!

RF Safe flip case radiation shields have a flip cover that deflects potentially harmful radiation when carried in your pocket or used at your ear. RF Safe accessories provide the best protection from iPhone 6 radiation!

RF Safe’s patented Air-Tube Technology produces the world’s most durable, best sounding airtube headset on the market, so consumers can enjoy a live, on stage sound every-time a song is played through its acoustic sound chamber delivered through a sleek airtube design. Test have confirmed that wires used with ordinary headsets allow potentially harmful radiation to reach the brain of cellphone users. This potential radiation hazard is avoided when RF Safe headsets are used. (Dual Ear Bud) Stereo Air tube headsets are perfect for radiation free entertainment: music, gaming ect (Single Ear Bud)Mono Air tube headsets are perfect for private radiation free communication  when your equal attention needs to be given to the world around you. RF Safe’s Air-tube Headset is available for all smartphone models in an array of colors to complement any healthy active lifestyle.

Important: New technologies are coming to improve the safety of all wireless devices using array antennas –Vortis Inside