Friday Sep 5, 2014  – Heavy use of cell phones linked to brain tumors – new study
A case-control study in France confirms the possibility that using cell phones increases the risk of  primary central nervous system tumors such as gliomas and meningiomas. 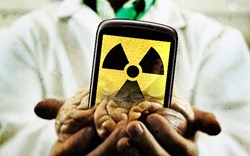 The current study involved 253 cases of gluomas and 194 cases of meningiomas registered in four areas in France between 2004 and 2006 and 892 matched controls from the local electoral rolls.

However, among those who heavily used cell phones were compared to non-users,  cell phone use was found associated with 189% and 157% increased risk of gliomas and meningiomas, respectively.

The risks were higher for gliomas, temporal tumors and among those who used cell phones for their professions and in urban areas.

Some dietary supplements can be used to minimize the adverse effects of radio-frequency radiation from cell phones.  Studies show that cell phones can increase oxidative stress, which may be why users are at higher risk for brain tumors.  Therefore, anything that can reduce oxidative stress can be helpful.