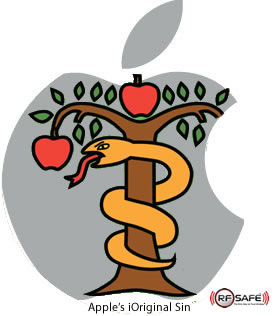 Right now, I am in a cynical moment; and I am thinking that Apple will get some positive press for this “heroic” bs move by the chairman, instead of the coverage it has been getting of the rather unimpressive iOS 8 software and iPhone 6 Plus hardware which is only .01 under legal limits set for RF radiation exposure.

Ok, Tim Cook is gay.  I’m having Red Bull for breakfast.  Both statements clearly carry the same weight.  Except…

[pullquote]Countless people, particularly kids, face fear and abuse every day because of their sexual orientation. – Tim Cook, businessweek.com 10/30/2014[/pullquote] Tim Cook says he is sharing with the world that he is gay so he can help all the sexually repressed gay children for which he openly thanks God for being an instant superstar among the LGBT community.

Tim Cook claims to be helping, particularly kids, struggling to come to terms with who he or she is, or bring comfort to anyone who feels alone, or inspire people to insist on their equality, then it’s worth Apple’s CEO being openly gay.

Lets be honest about Mr? Cook’s intention for children.  If Cook really cared about your kids, he would be spending less time promoting his love for the same sex and more time fixing the borderline illegal iPhone that exposes children to hundreds of times more microwave radiation than the competitions comparable products.

Now that Apple’s CEO is on a roll for coming out with the truth – will male iPhone users that wish to reproduce normally learn the truth that using an iPhone near their testicles has serious biological consequences not related to sexual orientation?

Why not share much more important truths with iPhone users?  Cook could start with the truth that the iPhone was NEVER tested to be safely used or carried in a pocket, much less placed directly against the skin.

Even more frightening….. Children ARE at greater risk!

“When electrical properties are considered, a child’s head’s absorption can be over two times greater, and absorption of the skull’s bone marrow can be ten times greater than adults. Therefore, a new certification process is needed that incorporates different modes of use, head sizes, and tissue properties.” Electromagn Biol Med. 2012 Mar;31(1):34-51

It can be hard enough to keep children safe from harmful substances even when the danger is clearly visible.  Microwaves present a problem in that they can’t be touched, seen, heard, smelled or tasted, but this invisible radiant energy has shown enough biological effects that the World Health Organization labeled wireless radiation a class 2b carcinogen in 2011.

The release of the two new iPhone models, the iPhone 6 and the phablet-sized iPhone 6 Plus, has not progressed as planned despite record sales numbers for the Cupertino, California tech giant.   With record sales, comes record consumer awareness about the poor quality of Apple’s products under the leadership of Tim Cook, one of the richest, most proud gay men in all of Silicon Valley.

Apple refuses to address concerns from parents and school teachers that Apple products expose children to radiation levels which are several hundred times higher than competing brands.  iPhone users must take into consideration that the iPhone 6 Plus has a head SAR rating of 1.18 W/kg (watts per kilogram) and the Samsung Galaxy Note 4 SM-N910V made for Verizon has an FCC measured SAR of only 0.20 W/kg (watts per kilogram).  The most capitalized and most successful technology company in the world can’t compete with Samsung to build a lower radiation iPhone.  Now that Tim Cook has come out of the closet, Apple should change the company’s slogan in light of so many problems with Apple’s iPhone 6 – “Just can’t get it straight” – seems perfectly fitting!

Tim Cook can’t hide the fact that he bent over iPhone users with his latest release.  Consumers everywhere have reported flimsy iPhone’s and Consumer Reports bench tests have verified it only takes a bottom with 70 pounds of force to damage the iPhone 6 Plus. In the wake of Apple’s very own Bendghazi style cover-up, the Internet goes viral with images of the iPhone 6 plus emerging from people’s pockets bent like a used paperclip, it may be useful to consider this: In fine print… Apple explicitly tells you not to carry your phone in your pocket, due to the microwave radiation exposure hazard it poses.

It may not have happened to as many phones as people initially thought, but one man has every right to be upset about Bendgate. After one Phillip Lechter’s phone bent in his pocket, not only was it unusable, it caught on fire.

Lechter was visiting the University of Arizona with his family when the incident occurred. During a rickshaw carriage ride, Lechter and his family were almost tossed out of the vehicle when it nearly tipped over. No one was hurt in the accident, but Lechter soon felt a burning sensation coming from his pants. It felt like he was on fire, but according to his blog, there was nothing wrong with the rickshaw itself:

Some users claim that the phone’s large screen is leading to unexpected hair loss. Apparently, hair easily gets stuck in the seam that separates the phone’s large glass screen from its aluminum backing. Those users with long hair and full beards have complained that ending a phone call has resulted in some unexpectedly painful results – strands of their hair reportedly get yanked out when pulling the phone away from their heads. Let this be a warning not to get the iPhone 6 Plus too close to your face! 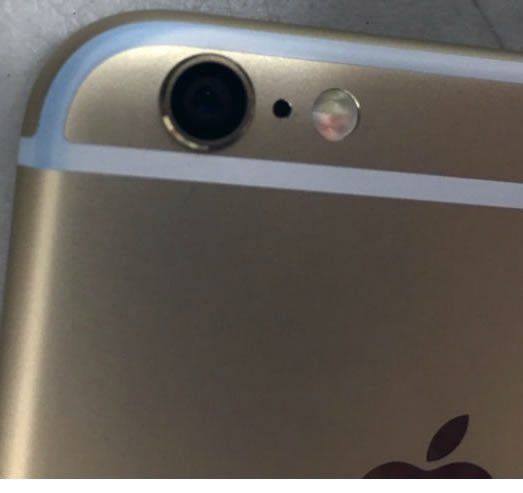 BGR spoke with several iPhone 6 owners, and they told the website that after repeatedly putting their iPhones in their jeans pocket and taking it out again, as any normal human being with a Smartphone does, the dye from their denim turned the white strips on the gold model of their iPhone 6 blue. All of the versions of the iPhone 6 include little plastic strips outlining the top and bottom of the back side of the phone, but as it appears that only the gold model includes strips light enough for a blue dye to rub off on them. Now doesn’t that make you feel blue?