RF Safe rebuts the common misconception reported by media that Hands-free Headsets are hailed as one of the best ways to reduce overall cranial exposure from cell phone radiation by increasing the distance between the phone and head.

A new study published in Clinical Neurophysiology suggests it doesn’t take years or even months of exposure for cell phone radiation to negatively alter our brains—it only takes minutes. http://www.ncbi.nlm.nih.gov/pubmed/24012322

This misinformation being reported by mainstream media is putting cell phone users at much greater risk of cell phone radiation emissions.

Believing wired-headsets are a safe alternative to placing a phone against their head, many people use hands-free headsets and attach the phone to their belt or purse.

Simply put, wired hands-free kits for cell phones do not protect your brain from radiation – on the contrary, they may channel three times the dose into the skull that you receive by holding the phone next to your ear, according to the UK Consumers’ Association.

The researchers found the wires leading from the phone into the ear acted like an aerial antenna, conveying a more concentrated dose of radio waves than usual. The Consumers’ Association says the findings on the hands-free kits were a surprise. “If you’re worried about levels of radiation from your mobile phone, you shouldn’t rely on a wired hands-free set,” said Jacobs, editor of Which?

RF Safe has been offering consumers a radiation safe alternative to wired-hands free headsets for over 20 years now. “The RF Safe Air Tube Headset was developed using acoustic technology to keep potentially harmful radiation away from your head. An air-tube conducts the sound to your head, there are NO electrical components conducting sound to your head. Much like a doctor’s stethoscope, only an air tube is used to conduct sound to the earpiece,” says John Coates, Founder of RF SAFE

RF Safe sells a safe cell phone accessory package that provides cell phone radiation protection that addresses three major areas of radiation exposure when using a headset. This package includes an air-tube headset and RF Safe radiation shielded case for your body when the phone is in your pocket or purse.  As an added level of RF protection, the package also includes a clip on Ferrite filter that further reduces the amount of microwave frequency radiation that can travel up the headset wire across a cell phone user’s torso. RF Safe claims this is especially important for pregnant women or those trying to have children.

Don’t be mislead,  ordinary headsets use a wire to an electronic earpiece that can deliver electromagnetic radiation directly into your head through your ear canal

RF Safe headsets are an excellent, high quality-sounding product that delivers fantastic sound quality while eliminating the harmful radiation from reaching your brain. RF Safe Headsets allow you to enjoy listening music without electric components inside the ears – for completely safe radiation free sound only acoustic technology can deliver.

RF Safe’s patented Air-Tube Technology produces the world’s most durable, best sounding air tube headset on the market, so you can enjoy a live, on-stage sound every-time a song is played through its acoustic sound chamber delivered through a sleek air tube design.

(Single Ear Bud) Mono Air-tube headsets are perfect for private radiation free communication when your equal attention needs to be given to the world around you.

RF Safe’s Air-tube Headset are available for all smartphone models in an array of colors to complement any healthy active lifestyle. 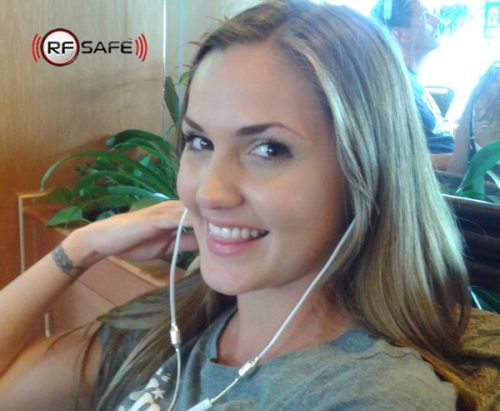 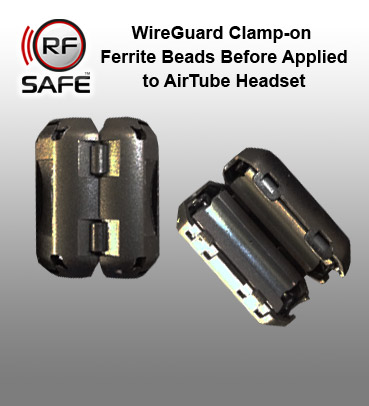 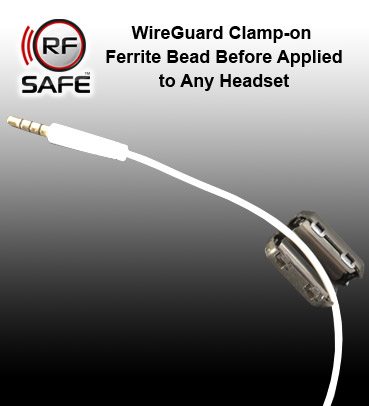