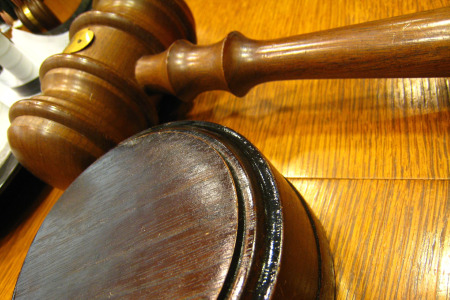 Thirteen consumers have filed a lawsuit in Washington D.C’s superior court that may shed light on the cell phone industry’s alleged cover-up regarding the dangers of exposure to cellphone radiation and may prove to be the next big wave of product liability litigation.

This week, Joel M. Moskowitz, Ph.D. made comments that suggest litigation on the health risks of cell phone use may turn out like tobacco and asbestos litigation, costing wireless corporations billions in huge punitive awards.

The scientific community is nearly unanimous in demanding safer wireless guidelines out of the FCC, “Scientific Experts on Cellphone Radiation Demand Stronger FCC Safety Regulations,” which shows official FCC documents currently under review are  proving one health effect after another health effect is clearly being attributed to cell phone radiation exposure.

In a leaked Motorola memo in the words of Motorola executives, they claimed to have succeed in “War-Gaming ” the Lai-Singh Experiments proving DNA damage at below so-called safe exposure levels –  the smoking-gun reveals itself as legitimate researchers are constantly countered by wireless industry propagandist.  Numerous poor attempts to discredit peer-reviewed research indicating consumer health risk have failed, but often they succeed in confusing the public’s perception of wireless health risk in general.

The three most likely product liability causes of action against cell phone companies would be:

(3) Failure to Warn – the seller’s failure to provide a health warning after the time of sale.

To date, there has not been a successful cell phone radiation product liability lawsuits against the cell phone industry in the USA, but in other parts of the world, court documents have been so damaging that the wireless industry has often settled out of court.

This was the case when Partner Communications, which operates in Israel under the Orange brand name, reached a settlement with a customer who claims he contracted cancer after using one of their cellphones. The customer, who is in his 50s, sued Partner claiming that intensive use of the cell phone resulted in an aggressive lymphoma near his left ear. Partner Communications agreed to pay NIS 400,000 in an out-of-court compromise settlement.

Highly qualified health professionals like Dr. Debra Davis find it most disturbing that young children are more susceptible to cell phone radiation and with children being targeted for cell phone advertisements it brings back memories of cigarettes ads that used to subliminally target children with potentially the same deadly result.

“If these assumptions are true and cell phone radiation is hazardous and even deadly – we could be facing an epidemic of cancers in 30-40 yr old’s in the near future because of the explosive growth in smartphone usage among teens and young children,” says John Coates, Founder of RF Safe

In countries like Belgium, there are regulations because of health effects prohibiting the advertising and sale of phones manufactured for young children (under 7). This Royal Decree is showing the world that America is lagging far behind with respect to establishing proper cell phone radiation safety regulations to protect its population (especially young children) from a greedy monolithic wireless industry.

We can only hope the FCC is closely motioning court proceeding as the Washington D.C superior court ruling enables the discovery phase of the trial to begin, and it also allows for five scientific expert witnesses to testify for consumers suffering from brain tumors allegedly caused or promoted by exposure to cell phone radiation.

Why has Australia’s 51% goverment owned Telstra taken such a proactive approach to inform millions of their customers on cell phone radiation dangers?  It boils down to the cost involved to insure against health effects!