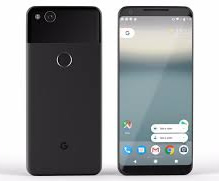 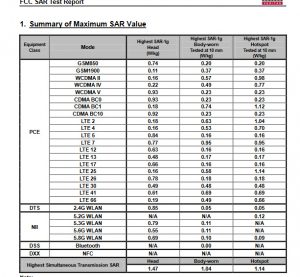 Google Pixel 2 SAR test reports filed with the Federal Communications Commission FCCID NM8G011A — the Specific Absorption Rate (SAR) for Google’s Pixel 2 is 0.93 watts per kilogram (w/kg) at your head, and 0.74 w/kg when worn on your body. The Google Pixel 2 hotspot SAR is 1.14 w/kg and its SAR for simultaneous transmission (cellular plus Wi-Fi) for Google’s Pixel 2 is 1. 47 w/kg at your head,  1.04 w/kg when worn on the body, and 1. 47 w/kg when used as a hotspot simultaneously with all other transmitters active.