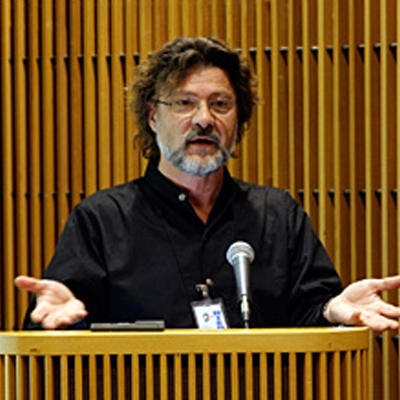 Dr Dariusz Leszczynski, Adjunct Professor, Division of Biochemistry and Biotechnology at the University of Helsinki

Dr Dariusz Leszczynski, Adjunct Professor, Division of Biochemistry and Biotechnology at the University of Helsinki and a member of a working group of 31 scientists from 14 countries constituted by World Health Organization (WHO) that classified cellphone radiation as possibly carcinogenic, in conversation with Maitri Porecha, reveals how leading cell phone operators and manufacturers are withdrawing funding for research, leading to closing down of laboratories studying effects of radio-frequency electromagnetic fields as emitted by cellphones and cell towers. Excerpts –

1. How was cell phone radiation categorized as group 2B carcinogen, based on increasing risk of Glioma, a malignant type of brain cancer by International Agency for Research on Cancer (IARC) and WHO?

The number of mobile phone subscriptions is estimated at 5 billion globally. With rising concerns over adverse health effects, in 2010, IARC invited thirty one experts to evaluate evidence involving carcinogenicity of cell phone radiation. The experts assembled at IARC headquarters in Lyon, France, in a meeting that lasted for twelve days in 2011. Experts shared the complex task of tackling the exposure data, the studies of cancer in humans, the studies of cancer in experimental animals, and the mechanistic and other relevant data. Groups worked separately and together sifting through many hundred research studies. After intense deliberations, we agreed upon the group 2B classification.

2. On one hand, cell tower operators and industry stake holders say that cell phone radiation does not cause cancer, on the other hand the residents or activists posit a precautionary stand point by saying that it may cause cancer. Why there is no clarity?

The IARC-WHO classification of cell phone radiation is misrepresented by the industry. Classification of cell phone radiation as ‘a possible carcinogen to humans’ means that there are enough studies indicating that it might cause cancer and that we urgently need more research to clarify this issue. The strongest evidence that it might be causing cancer comes from three epidemiological studies. In 2011, two sets of studies were available – EU’s Interphone study and a series of studies from Lennart Hardell’s group in Sweden. Recently, CERENAT study from France published in 2014, similarly indicated that persons using cell phones for more than ten years and for half hour per day are at a higher risk for developing brain cancer. In fact now the evidence is sufficient to consider cell phone radiation as a probable carcinogen – Group 2A in IARC’s scale of carcinogenicity.

3. Could you describe your work on cell phone radiation? Did you discover that it has ill effects on human health and if yes, in what way?

Our research has shown that human cells exposed in laboratory to cell phone radiation activated series of biochemical reactions in them known as ‘stress response,’ which means that the living cells recognize cell phone radiation as a potentially harmful agent. Stress responses are signals that intend to protect the living cell from any potential damage. In the 2008 study conducted by us, a small area of human forearm’s skin in ten volunteers was exposed to GSM signal for one hour. After that, pieces of the radiation exposed skin and unexposed skin were collected and used for ‘proteomic analysis.’ In it, all proteins from the skin samples were extracted and amounts of different kinds of proteins in exposed and unexposed skin samples were compared. After the analysis of nearly 580 proteins, we identified eight proteins which were statistically significantly affected. We determined that the amounts of several proteins were changing after the exposure. After acquiring this result in the pilot ten-volunteer-study, we intended to conduct a larger study with 100 volunteers from 2009 onwards. This study did not start due to lack of funding and opposition from the telecom industry stakeholders.

4. Why did the government did not sanction funds? What happened?

My laboratory studies on effects of cell phone radiation to human health began in 1999. My lab, which was government-run, was closed down in 2013 due to lack of funding as certain cell phone manufacturers and network operators in Finland were opposing the large scale human studies. We receive grants from government to conduct studies but in spite of making positive headway on research our funding was stopped. We were cut off from funding as the telecom industry was against it.
While majority of the funding for such research projects consists of tax payers money and industry pumps in only a part of the money, the advice of industry is highly valued during sanctioning of funds by the government.

5. How much funding was expended during the last 15 years and how much more funding would be required to require to bring your studies to a proper conclusion?
I was working on cell phone radiation effects for the Finnish Radiation and Nuclear Safety Authority. My research group has expended over the 15 years period well over one million euros. Some persons in the Finnish bureaucracy decided that basic research should be done in universities and thus basic research labs in government-run institutes were closed in a bid to save money in 2013. The 2009 study was planned to last about three years and entailed enrolling 100 human volunteers. There was a very real possibility of securing such funding from the EU research program but my research group was not permitted to do it. In order to continue the abruptly stopped study on humans, we would require some quarter million euros in funding. Industry provides jobs for people and therefore research policy decisions are taken by the government are influenced by it. The industry denied funding. To conduct that kind of human volunteer study, qualified personnel, laboratory space and sufficient funding is needed, of which I have none currently.

6. Do you believe that the standards set by the Indian Telecommunications Ministry in September 2012 at 450 milliwatts/square meter (900MHz) for Electromagnetic field (EMF) radiation which is one tenth of what is prescribed by International Commission on Non-Ionizing Radiation Protection (ICNIRP) enough when the government admitted in September 2012 that 95% of the mobile tower antennae were below the revised norms of 450 milliwatts/square meter radiation? Also, when most towers are well below those permissible limits, what is the logic behind Telecom ministry’s bringing down the levels from 4500 mW/sq m to 450 mW/sq m?
ICNIRP is an organization of scientists, claiming that they are independent in their scientific opinions. However, there is a major problem – ICNIRP selects members in fashion resembling “private club” practices. The current members of ICNIRP select new members. This model leads to situation where all ICNIRP members have the same opinion on the dangers of cell phone radiation. When all ICNIRP scientists have the same opinion there is no need for scientific debate – there is a prior, existing consensus. This was not the case in the WHO’s IARC evaluation, where scientists with diverse, often opposing opinions were invited.

7. Certain Australian schools are banning Wi-Fi, what is the rationale behind taking such steps?
There is a discussion in Australia, Canada, US, Europe about the possibility of harm caused by Wi-Fi. Some school principals are banning Wi-Fi, due to pressure from parents of the children. Grass root movements of parents concerned with Wi-Fi in schools is, in some cases, very strong. Wi-Fi radiation is similar to that emitted by cell phones and cell towers, which have been classified as a ‘possible’ carcinogen.
We can be legitimately concerned about what might happen to children, who are very young and spend seven to eight hours continuously exposed to Wi-Fi radiation. It is a responsible precautionary measure to ban Wi-Fi in schools. There are places where providing wired internet is not possible, like in railway stations or airports, but in schools wired internet is possible to install. There is no real need for Wi-Fi for schools.
In other places, where the wired internet is not feasible, is also possible to introduce precautionary measures. In airports or railway stations, there are enclosed spaces where people can gather and smoke tobacco. Others are not exposed to smoke.
A similar thing can be done for providing Wi-Fi connectivity. There could be provided enclosed areas, with walls built of materials not allowing Wi-Fi radiation to go outside, where Wi-Fi access would be provided without unnecessary exposing everyone.

8. WHO is working on a new report summarizing the health risks of radio-frequency fields, to be published next year? What is the researchers’ fraternity expecting out of the report? As also, do you think there is now evidence enough after the release of French epidemiological study in 2014 that classification of cell phone radiation should be shifted from Group 2B to Group 2A or Group 1?

The yet to be released WHO report has been delayed for ten years. They were waiting for the results to see if the Interphone project was finalized and, later, for the IARC evaluation of carcinogenicity. The WHO report will analyze all effects of radiation possibly fertility in humans and other health issues, not only cancer.
ICNIRP scientists are involved in the WHO report and, therefore, one cannot expect that it will substantially differ from what ICNIRP is saying.
The recent French CERENAT epidemiological study provides, together with Interphone and Hardell studies, is an evidence sufficient to consider cell phone radiation as a probable carcinogen – Group 2A in IARC’s scale of carcinogenicity.