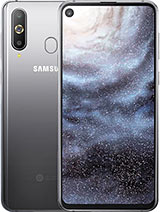 Also known as Samsung Galaxy A9 Pro (2019) in South Korea