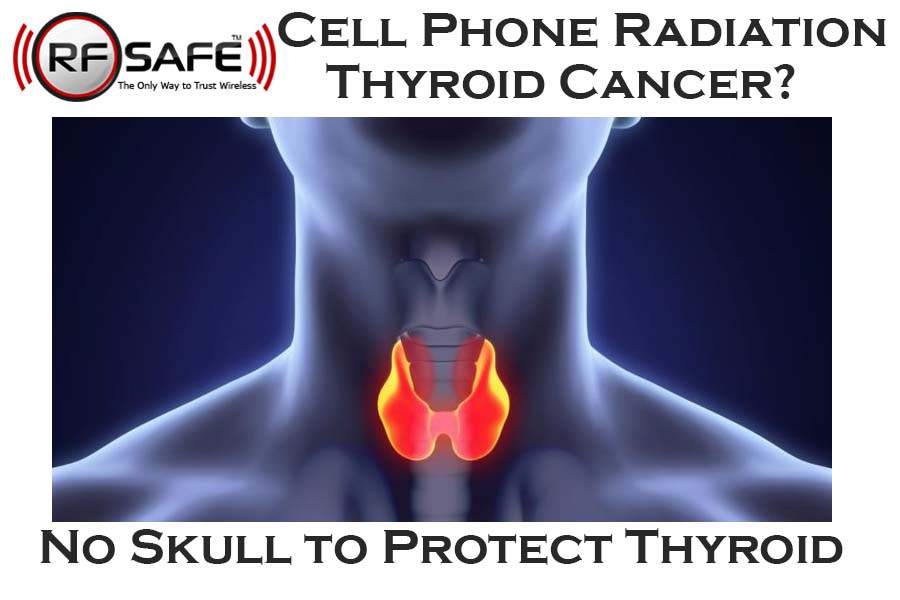 Cell phone radiation is said to affect thyroid gland metabolism. These radiofrequency waves emanate from the cell phone’s antenna, which is part of the body of a cell phone. The waves are strongest at the antenna and lose energy quickly as they travel away from the phone. The body tissues closest to the phone such as the thyroid and brain absorb more energy than tissues further away

In a report filed on the U.S. National Laboratory of Medicine website, a study to investigate the effects of electromagnetic fields on the TSH or thyroid-stimulating hormone was done to explore the association between radiation exposure and thyroid dysfunction among cell phone users. The study was conducted using students from a medical college between 18 and 25 years of age. In the interest of fairness and accuracy, students were excluded from the study if there was a history of preexisting thyroid disease, thyroid nodule or goiter, or altered thyroid function.

The study found a significant correlation between the total radiation and the thyroid-stimulating hormone values among both individuals with and without a family history of thyroid dysfunction. It is important to remember that high levels of TSH are typically an indicator of thyroid dysfunctions like hypothyroidism.

A study in 2018 looked at 462 thyroid cancer cases that occurred in Connecticut between 2010 and 2011. Though it didn’t prove any significant association between cell phone use and thyroid cancer in general, it did find an increased risk of a sub-type of tumor called a microcarcinoma. These are small tumors of 10mm or less in size. The groups with increased risk were individuals who had used a cell phone for more than 15 years; had used a cell phone for more than 2 hours per day; or who had the most cumulative hours or calls.