Almost as important as the public safety document itself, are the efforts put into getting it released to the public seven years after its original drafting. That can be accredited to the amazing amount of RFR research and countless hours work to be at the forefront of astonishing accomplishments which Joel Moskowitz Ph.D. has selflessly devoted so much of his time.

Moskowitz, who is the director of the Center for Family and Community Health at UC Berkeley’s School of Public Health publishes a steady flow of current news and research on the health effects of RFR from his blog saferemr.com – (Note: while on the topic of up-to-date research sites you can’t leave out microwavenews.com for its outstanding coverage of the RFR Saga spanning decades)

What were California Health Officials trying to hide?

To start with, the fact sheet states that “EMFs can pass deeper into a child’s brain than and adult’s” suggesting parents limit their child’s cellphone use to texting, important call and emergencies.

This has always been one of RF Safe’s biggest concerns which comes down to the fact that current SAR testing used to establish safe thresholds DO NOT take into consideration woman and children using today’s latest Smartphones or any non-thermal related mechanisms potentially contributing to the most frightening health effects such as cancer and birth-defects.

Not long after this hidden Government fact sheet release, the Superior Court Judge took it a step further when on 3/13/17 — ruled that the “document advising the public of the risks associated with Cellular Phones” is not a draft. She ordered the state to release an unaltered version of the public record without the text that it added indicating the document was a “Draft and Not for Public Release.”

Joel Moskowitz, the director of the Center for Family and Community Health at UC Berkeley, filed the lawsuit against the state health department to force the guidelines’ release. He contends that cellphones cause an array of health problems that haven’t reached the public eye yet, including breast cancer, decreased fertility and altered brain glucose metabolism.

Moskowitz first learned about the California Department of Public Health guidelines in late 2013 from a whistle blower, he said. He submitted three Public Records Act requests for the document between January 2014 and January 2015, all of which were denied.

In May 2016, Moskowitz filed a lawsuit against the department in the Sacramento County Superior Court.

The cell phone radiation safety document was originally prepared in 2010 by health professionals in the California Department of Public Health Environmental Health Investigations Branch, having been suppressed by political appointees over the years – 7 years later and only through force is the state of California’s cell phone radiation fact sheet available to the public today! 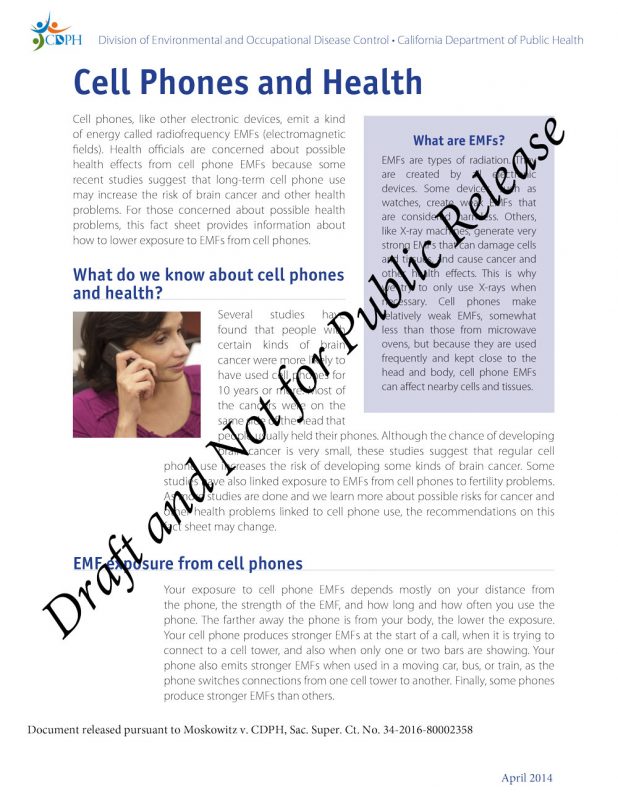 The Connecticut Department of Public Health released a similar cell phone fact sheet and cellphone safety tips in May, 2015 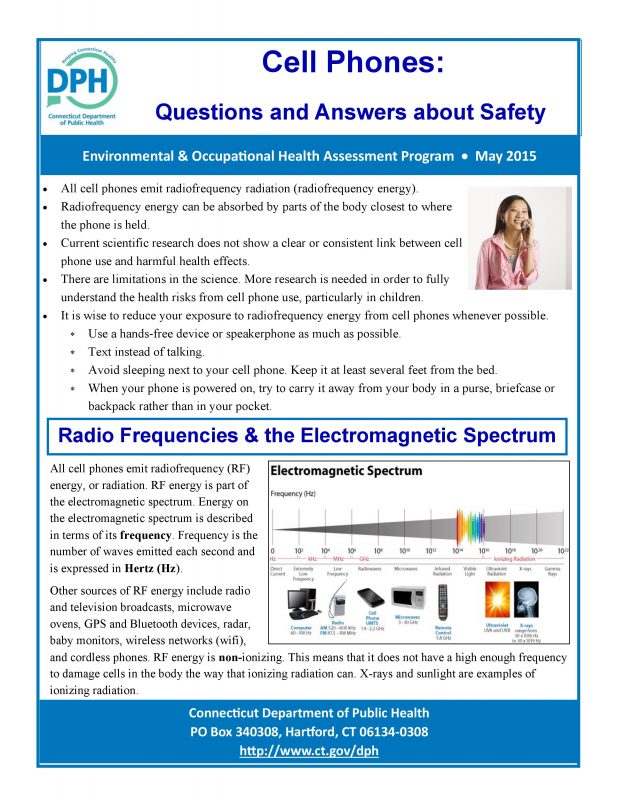