Citing excessive radiation levels, European telecom operator Orange (formerly France Telecom) issued a recall for a cell phone it’s selling under its own brand, the Hapi 30, and made by French manufacturer Mobiwire, a spin-off of Sagem Mobiles.

For the first time ever, Orange recalls a phone because of its excessive levels of radiation

Last month, Orange sent a letter to about 90,000 of its customers that purchased the flip phone to warn them of the defect. In certain conditions, the low-end phone, made in Mobiwire’s factory located in Ningbo, China, would emit 2.1 watts of radiation per kilogram of body weight (or W/kg), which is over Europe’s safety limit standard set at 2 W/kg.

This usually wouldn’t be too much of a concern, but just a few weeks ago, 2 research studies (one 28 days long and the other, lasting 2 years) conducted by the U.S. National Toxicology Program (NTP) found “clear evidence” that exposure to cell phone handsets radiations caused heart tumors in male rats, and “some evidence” that it caused brain tumors, also in male rats. Female rats seem not to be affected. 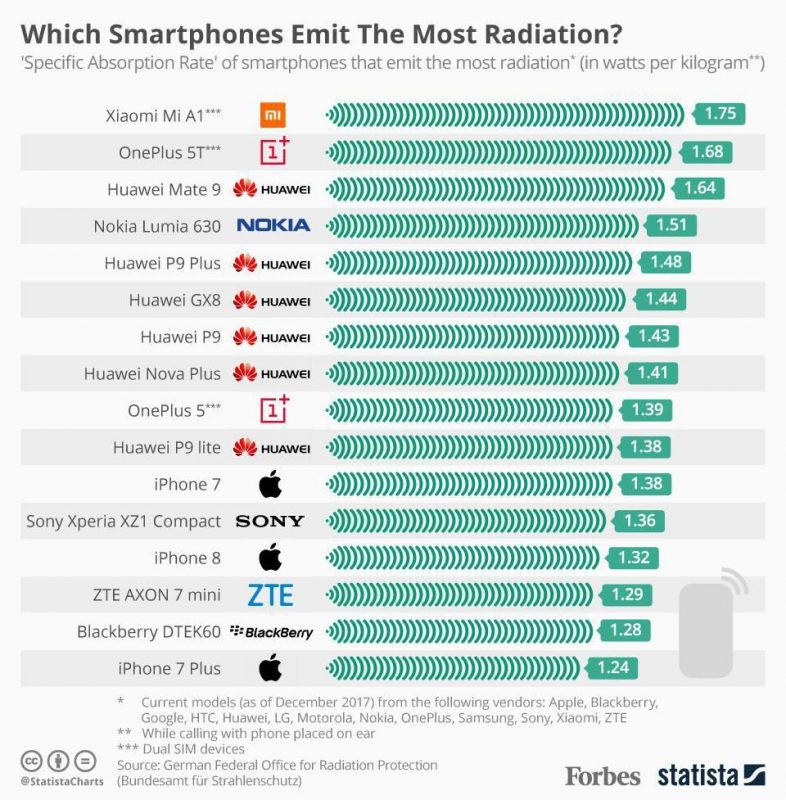 Earlier this year, the German Federal Office for Radiation Protection (Bundesamt für Strahlenschutz) published a list of smartphones and their level of radiation emission.

On June 1st, 2017, by court order, The National Frequency Agency of France released research completed in 2015 showing 9 out of 10 cell phones exceed government radiation limits when researchers tested the way people actually use them—directly next to the body.

The body absorbs higher levels of microwave radiation from a phone when it’s in a pocket, or tucked in a bra.   There are a few reasons why.

One reason is the phone is much closer than what was required when tested for safe RF exposure levels that are enforced by the FCC.  This so-called safe distance that you have probably never heard of is referred to as the “minimum separation distance”, usually found in the phones owners manual.

Out of the top 16 smartphones with the highest radiation levels on the list, 10 are from Chinese manufacturers, including Huawei, OnePlus, Xiaomi and ZTE. Devices from Apple, Blackberry, Nokia, and Sony were also among the worst offenders.

Currently, the smartphone with the highest levels of radiation is Xiaomi’s Mi A1 with 1.75 W/kg.