Osmen & Saar. Awareness Campaign Against Cell Phone Radiation Hazard: Case Study Oman. Procedia – Social and Behavioral Sciences. 9 October 2015, 9: 381-386.
The fast spread of mobile phone usage is a subject of several polemics in terms of adverse health effect such as cancers, headaches and memory loss as shown by recent research. Cell phone’s radiation became one of the most pervasive problems worldwide. With the aim of attracting public attention to this issue and increasing awareness in health’s dangers and risks of cell phone radiation a campaign incorporating educational strategies and including a logo and poster design by a student of Dhofar University in Sultanate of Oman was initiated. At the completion of this campaign, a mobile phone’s radiation influence on peoples’ health awareness program was developed and implemented through gearing it to the clinics, hospitals, doctor offices, supermarkets and schools. 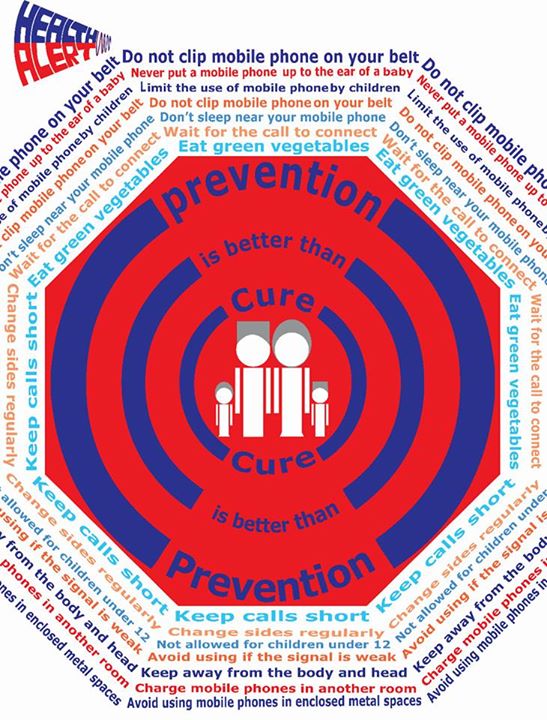