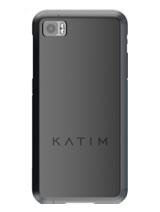 Developed ingeniously to defend against the most advanced modern mobile security threats, KATIM™ Phone integrates a range of state-of-the-art security features – that provides peace of mind by preventing malware and leaks of sensitive data. Incredibly powerful, KATIM™ Phone is a secure device with no compromise on looks or performance.