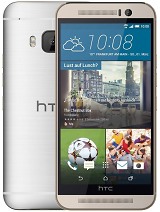 Also known as HTC One M9 Plus