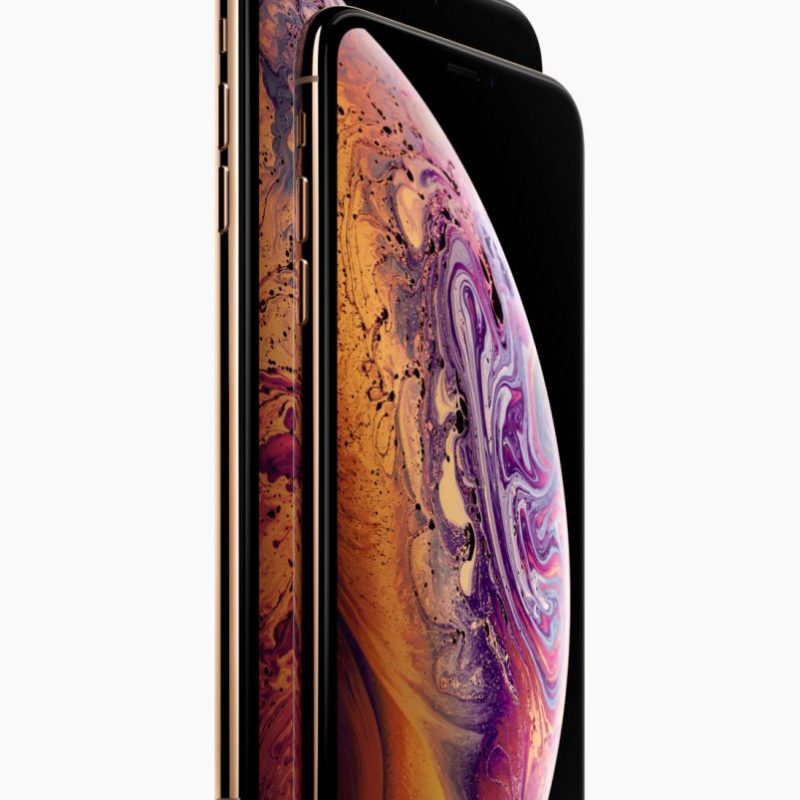 All SAR levels reported for the Apple iPhone XS MAX to the FCC are averaged over one gram of body tissue corresponding to the maximum allowable level of 1.6 w/kg. The SAR levels will vary depending upon your specific cell phone carrier (e.g., AT&T, Sprint, T-Mobile, or Verizon).

The Apple iPhone XS MAX minimum separation distance for body-worn and head testing was 5 mm (about two-tenths of an inch), that requires a smartphone user to maintain this minimum distance for SAR safety compliance.

It is VERY important to note the minimum separation distance for head and body-worn testing is 5 mm (about two-tenths of an inch). You must at all times have this amount of distance between your body and iPhone XS MAX when in operation to comply with regulatory safety values!

The highest reported Apple iPhone XS MAX levels for the head, body-worn accessory for simultaneous transmission use conditions are 1.392 W/kg and 1.518 W/kg respectively. 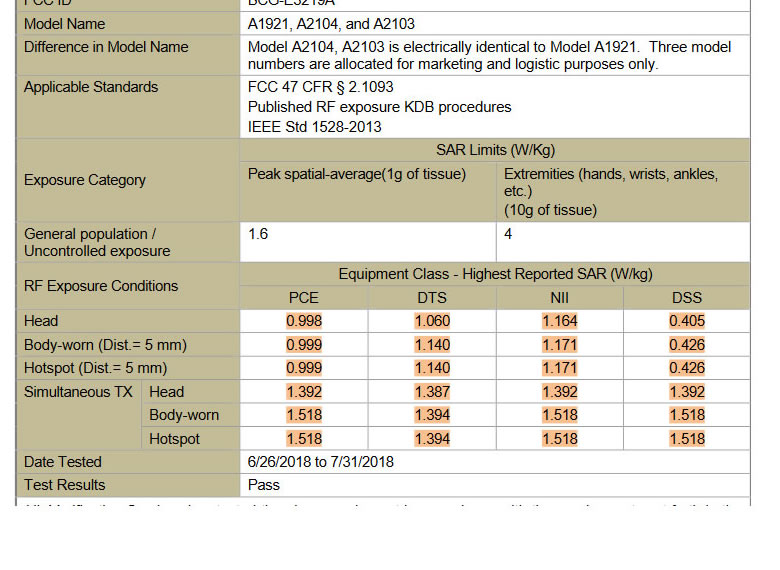